LaTeX has a command \includegraphics which lets you insert a picture into your document. This lesson also discusses the figure and table “floating” environments that are often used to make sure that your visuals align nicely with page boundaries, and how to add captions.

We will be using the graphicx package throughout this lesson (don’t use the graphics package, which is older). Once you include this package, you can ask LaTeX to include a graphics file by using the command

where filename.ext is the name (with extension) of a graphics file which lives in the same directory as your .tex file. For example, download the image file (on most browsers, right-click and “Save as” or “Save target as”) at

You’ll end up with a copy of uw_seal.png on your computer; it is about 25 kilobytes in size. Create the following TeX file, making sure the image is located in the same directory as this file:

Then, you’ll end up with the following document:

There are some technicalities worth mentioning here, which may also help you debug in case this doesn’t work for you.

Not to be handed in; you can discuss all aspects of this in the discussion forum.

Get the small example above working before proceeding. Including external files adds a new step of complexity beyond what we’ve done so far.

By default, \includegraphics will accept three kinds of files:

We recommend converting each of your graphics files to one of these formats before including it in your document. (For the final project, we provide a tool to convert from .eps to .pdf in case you need it.)

Often, the image that you include will be too small or big for the surrounding material. There is an easy way to fix this by scaling the image. There are three common ways to do this: specify a width, a height, or a scale factor. They all have the same syntax:

In all three cases, the “aspect ratio” of the image will be preserved, rather than getting squished or stretched in one direction.

You can also rotate or crop an image by passing the angle or trim arguments to \includegraphics. For more information, check out the relevant documentation.

What we’ve seen above is the basic command for inserting an image, but often, putting a figure into your LaTeX document entails one more important step: enclosing the picture in a figure environment. This environment has the following effects:

A figure doesn’t even need to contain a picture; here’s a brief example showing the most common usage.

If you run this (with the usual boilerplate), you’ll get a single page with this in the middle of the page: 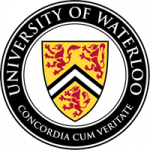 Here is an HTML float (right-aligned).

The figure environment and its contents create a new float. This kind of container, which also exists in the web layout language HTML (see right), is separated from the text and placed in a more prominent location that is easier to read, such as the sides or centre. The idea is that you rarely want to interrupt the flow of the normal text with a big image; instead you will want it between nearby paragraphs or to the side; close by, but easier to view without disrupting the document.

LaTeX has its own system for determining where to place the float (much like it has its own image for determining line breaks, and avoiding one-line “orphan” paragraphs at the top or bottom of a page). But you may decide that you want to override this, which can be done by passing a positional hint argument to the environment:

The «position» can be:

Note that even with a “hint,” LaTeX might not do the precise thing you were hoping for. There are packages to force placements, but we do not cover them in this course.

There is a table environment which is identical to the figure environment except in name and numbering, intended to be used for displaying tables of data. (You can even create new kinds of floats using the float package.)

Try a couple of the advanced techniques from this lesson:

Your solution to Assignment 2 must include at least one included graphic, enclosed inside a figure, with a caption. As well, you must do at least one of the three things mentioned above. Don’t worry if the floats don’t end up appearing in proper sequence with your other solutions.

Detailed information about how to produce graphics in the first place is beyond the scope of this part of the course, but here are the general options that you have: